The Cathedral
of St. John the Divine 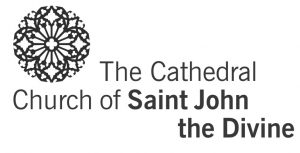 Manhattan’s Cathedral of St. John the Divine is more than a site of liturgy. It’s a home for the human spirit, meant to uplift, inspire awe, unite, and give refuge. It’s the perfect location for Paul Winter Consort’s ongoing exploration of the turning of the seasons and the tuning of the soul.

The world’s largest cathedral, St. John the Divine is also one of its most extraordinary performance venues. The length of two football fields and tall enough to fit the Statue of Liberty under its dome, it was designed with sacred geometry to be a transformative space.

Known since the ’80s as the “Green Cathedral” and as an incubator for art, St. John the Divine became the center of a vital community of thinkers and seekers working on issues of ecology, environment, and world peace. It represented a global forum, where you could listen to the Dalai Lama, Buckminster Fuller, Nelson Mandela, Vaclav Havel, Gary Snyder, Thomas Berry, the Mayor of Jerusalem, Cesar Chavez, Archbishop Desmond Tutu, and Secretaries General of the United Nations.

In 1980, Paul Winter was invited by then Dean of the Cathedral, the Very Reverend James Parks Morton, to become artist-in-residence, to bridge spirituality and the environment with his music. Cosmologist Father Thomas Berry greatly influenced Paul’s musical- ecological vision, and helped shape his intent to awaken in people a sense of relatedness with the larger community of life. “The opportunity to play in the Cathedral’s extraordinary space inspired me to look at the big picture,” Paul explains. “I wanted to celebrate the universals, the things we share in common with all peoples. We were coming out of the 1970s when we saw the photos of the whole Earth the astronauts brought back from space. This cosmic dimension gave me the idea to create the Winter Solstice Celebrations, as a reminder that we live on a planet in special relationship to the Sun, and to bring people together in common cause as part of the larger community of life.”

Winter began the annual event at the Cathedral to mark this ecumenical celestial milestone, the great turning point of the year, when at this darkest and coldest time, especially in northern climes, we reflect on the year that has passed, celebrate renewal and welcome the return of the light.

Winter also embraced the challenge of creating music to fit the Cathedral’s monumental space. The titanic acoustics have a seven-second reverberation, similar to the Grand Canyon, where Paul and the Consort made five recording trips in the 1980s for their Canyon album.

The Cathedral’s all-embracing vastness overwhelms differences, and yet welcomes and affirms diversity. Since they began, the Winter Solstice Celebrations have become a forum for world music performers from around the globe. Everyone from Brazilian, Puerto Rican and Irish to Native American, Malian, and Tibetan vocalists; from samba bands to Celtic pipers, and contemplative vocalists to earthy Russian Village choruses.

Music is only one layer: Movement and striking visual elements deepen the experience. And the event has created new rituals to mirror our older, forgotten ways to mark the Solstice and the return of the sun’s power. Over the years, the event has evolved into a theatrical celebration that inhabits the entirety of the Cathedral’s cavernous space, all the way up to the 150-foot ceiling, transforming the Nave into a forest, the belly of a whale, or a night sky, where a giant earth globe spins from the vault like a tiny planet in the cosmic vastness. A gong rises to the vaults of the Cathedral to celebrate the sun’s ascent, and the traditional evergreen becomes a spiral Tree of Sounds 28-feet high. “Of all the places I’ve played in America,” Winter says, “ only two could host a concert on this scale: the Cathedral and the Grand Canyon.”

The goal underlying the celebrations and the life of the Cathedral itself is to use the inspiring space and its acoustics to enrich our connection to the life-spirit and to the cosmos. At a time of year when stress and commerce have become all too dominant, the Solstice provides a sanctuary, a salient reminder of our place in the scheme of things and our shared potential for renewal.

“Of course, this is a concert, a performance, but it’s also a way to make the transition from the old year to the new, to find a new evocation of the ancient rite of passage our ancestors in the Northern Hemisphere underwent,” says Winter. “The longest night of the year marks the moment despair can turn to joy. It’s a message we can all hear, that most likely we all need.”

LEARN MORE ABOUT THE CATHEDRAL

PAUL AND THE CATHEDRAL